Would you like to make a bigger difference in the world?
If so, LISTEN UP!!

Everything in the world fits into one of 3 hierarchical dimensions of value.

When we use our brains, our meaning making machines, in alignment with these dimensions laws of value, we reach our success and attain our significance… in other words we make a difference in the world.

Today, some in the world would say listening is a lost art. In today’s society, it’s all about “communicating”. However, today’s definition of communication seems to be boiled down to stating your opinion on social media. Even the “news” media today is filled with opinion – not actual news. So, let’s look at listening up through the 3 hierarchical dimensions of value so you can truly connect with the person or people you are communicating with.

You will set yourself apart from the pack when you learn to
LISTEN effectively.

So, let’s looks at listening on 3 different planes. For instance, the lowest axiological dimension of value is systemic. This dimension deals with processes and systems like the system of words that make up language. 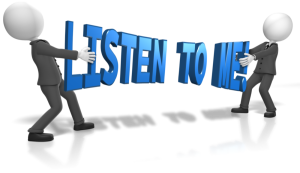 The systemic level of listening is the back and forth EXCHANGE of words. This is where much of the miscommunication and misunderstanding occurs. How many of your arguments, disagreements or heated discussions are over the words that are said? Not the real meaning of the words, but the words themselves.

One of my friends, who gets anxious about a lot of things outside of his control hates being called “neurotic”. I’m not sure what his perception of the word is (although I have asked) but he vehemently requests that I NEVER call him that again. Yet, it’s a word. It’s a word that represents a mild personality disorder (which I believe every human being has at least one) that is typified by excessive anxiety, worry or indecision. He worries about things that he can’t control which I believe is “excessive”. He even believes that he’d feel guilty if something happened and he wasn’t worrying about it (but that’s a topic for another day. 😉  It’s all OK, I’m not making a judgment on his overall mental health. I’m just using a word to state my perception of a behavior… but don’t call that behavior neurotic. 😉

Sometimes people, including me, can’t find the right words to accurately express what I feel or what I’m trying to convey. Other times I haven’t figured out or completed crystallized my thoughts into words and I’m trying to express them to another person to get their feedback. Other times we don’t have the emotional vocabulary to appropriately reflect and communicate our feelings. When one says the word “love”, it can mean many different things to many different people. Words are often rudimentary attempts to convey meaning from one meaning making machine to another. Words are necessary but sometimes insufficient to communicate the meaning that comes from another human being.

So let’s listen up to the next level above systemic in the hierarchy of value which is extrinsic. Extrinsic things are measurable and tangible. They are something that we can sense with one of our human sensory organs. When we speak the words that we say, we are also EXPRESSing feelings where a deeper meaning can be found. Have you ever listened to the words that someone says which have a certain meaning to you but they actually meant something totally different? For instance you can say the words “Wow, don’t you look great.” In those words you may believe that the person is complimenting me and my look. However, if you knew that I was dressed in a skin-tight pink leotard with bunny ears, buck teeth and a feather boa and someone said “Wow, don’t you look great.” Most folks would be able to pick up the sarcasm in what they were laying down… as they were expressing feelings of maybe disbelief but certainly not feelings of exquisite style. The words can be the same but the EXPRESSION of them is where the real meaning lies. These expressions often come across in tone and body language – something that you pick up on with one of your senses. Additionally, especially in business settings, when the words are expressed inauthenticly or remotely, it can lead to a great deal of miscommunication for people who only “hear the words.” 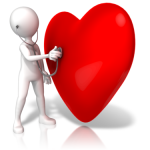 Listen UP!! The highest level of value is called intrinsic. They are unique, priceless, irreplaceable, and personal concepts. They have infinite worth. When it comes to listening, this would be the deepest level of listening… listening for the ESSENCE. The definition of essence is “the characteristic or intrinsic feature of a thing, which determines its identity; fundamental nature; a perfect or complete form of something.”

Can you remember a conversation that you had with someone where you were “in sync” with what they were saying? You not only knew what they meant but you understood how they felt and could virtually experience it with them. You were listening at the level of ESSENCE. When you can listen intrinsically for the essence of the words and communication you can save so much time and effort. Listening for the essences takes us beyond communication to true human connection.

True connection allows human souls to move past the facades, walls and barriers that we place between one another. When you learn to intrinsically listen, you intuitively understand the real substance behind the words; you’ve gone beyond the surface level of the system of words, past the level of observable expression to the heart level of the human spirit.

For those of you who might not like those fluffy words, let me put it another way… When you listen for the essence, you become super-efficient and super-effective at understanding. You aren’t wasting time on hurt feelings (because it doesn’t happen) or correcting another’s misuse of a word (because it doesn’t matter). When you listen intrinsically, there is no downside.

Now I know, some folks are thinking: “This will take a long time. Who has time to listen like this”

When you practice intrinsic listening, sure it might take a few more minutes but in the end, you will know beyond a shadow of a doubt that you have connected and that you “get it.” The exchanges and expressions of words only tell part of the story. Listen for the essence. Listen UP!

When you allow the other person to be truly and completely heard, especially in an emotionally charged situation, you free up a tremendous amount of energy that can be used for creative, innovative and productive activities.

Give it a try today! Listen UP!

“Internal noise from un-managed emotional stress is one of the greatest inhibitors of clear, effective, essence level communication.”  – Doc Childre & Bruce Cryer, From Chaos to Coherence [the power to change performance] ©2000