Have you heard these statements before?

“There’s no room for emotions in business.”

“Never let them see you cry.”

“You can’t get emotional about business.”

Leaders are always talking about the lack of accountability and responsibility in their teams. They wish their team members would take more ownership. Often times the leadership or manager feels like they are the only ones who really care about the projects and initiatives they are working on.

Have you been there? Have you thought these thoughts before?

Well, here’s the path that most leaders are on:

So what creates energy in human beings? Yes, Red Bull and Starbucks. What else?

So, the very thing that you need to bring about change is the thing that you are not wanting in your business or team environment. A real Catch-22 as they say. So, now what?

As we look back on emotions in business and corporate environments, we find that many leaders only want one side of the emotional coin… the happy, positive side. They want their team to be engaged and empowered. This will lead the team to be accountable, responsible and take ownership. Hooray!! 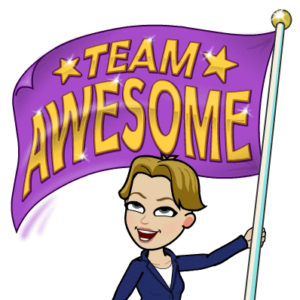 But then, the leaders will talk about change and managing change and making things happen. As it turns out, most people are happiest when they know what is expected. The team members like to be certain of the outcomes and how they are going to be viewed and measured.

Change is the opposite of that. Change is about trying something new in hopes of an outcome which isn’t certain. With change comes changing expectations which means they often don’t know if they’re meeting them. This causes them to be unhappy, disengaged, and dis-empowered. 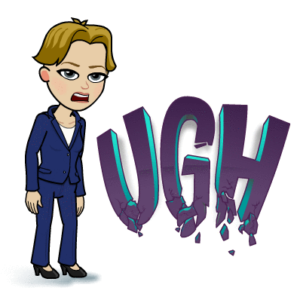 Why does this happen? I believe it’s because we aren’t allowed or we aren’t expected to bring those “negative” emotions to work. These emotions don’t belong at the table. Every member of the team and management is supposed to be confident and sure. They are “professionals.” They should know what they are doing and how best to do it. There should be no hiccups, no uncertainty and no blunders along the way. And heaven forbid, any emotions show up! That would be preposterous!

Do you work with human BEINGS?

So many leaders and managers treat their team members as human doings instead of human beings. There is a HUGE difference, you know. Human doings are expected to be robots and unemotional. Human beings show up, well, as people. Real, live, breathing, emoting people.

Why have we kept emotions out of business?

Well, I believe one reason is that in the past we only needed the human being’s hands. Most of our current management literature and practices came from the industrial era when we didn’t need our workers to think. But, the times have changed and so must those practices.

Another reason is that most managers don’t feel comfortable around emotions… especially negative emotions. So what happens when people feel uncomfortable… they label the emotions as “unacceptable” or “unprofessional.”

When a human being tempers their emotions, they aren’t just tempering their negative emotions. They are tempering ALL of their emotions.  If you think about it… how would a person discern whether an emotion is acceptable or not? Excitement and passion could be viewed as anger or bullying. Rather than take the chance, they will just curtail all of their emotions.

Keeping emotions out of your meetings, your business, and your team environment is putting a damper on the energy that can be created by the members of your team. This is inevitably and often unintentionally slowing down the change that you are wanting to create and the results you are wanting to achieve.

What is the key?

Become comfortable around the emotions of others.

When people on the team know that they are being valued as human beings as well as human doings, they will help you by bringing the energy needed to create movement. Then you, as their leader, can direct the movement to create the change.

Don’t shy away from these emotional situations. Don’t be afraid of emotions. And, please don’t say that they are “unacceptable” or “unprofessional” unless you want to stay parked right where you are. They are not right or wrong… they simply “are.”  They are a part of being human and when you work with human souls, they are a part of your work.

You will exponentially grow your leadership when you learn to be mindful of your emotions and your ever-present ability to choose.