It’s a New Year and before we move forward, it can be very helpful to look back.

As I look back on 2017, it was a fantastic year for me. How about for you? I was blessed in so many astonishing ways.

I learned so much more about the brain and how to focus better. I had more executive and professional coaching clients than ever before including new corporate clients:

I  received more recommendations and testimonials and made more money than in my previous years. I have you to thank for that. Your support and interest in the content I produce inspires me and provides me with the motivation to continue to make a difference in the lives of others.

I am so thankful and so grateful that I have decided to “donate my birthday.” I’m asking folks, in lieu of happy birthday messages on social media, to consider watching this short video and donating to charity: water. This video made me cry a couple of times and especially after the 14:21 mark. Will you set aside 20 minutes to take a look and consider donating just $5.20 (more if you can) for my 52nd birthday?

Thank you. I am soooo grateful to those of you who believe in me and what I teach enough to allow me to make a living doing it. 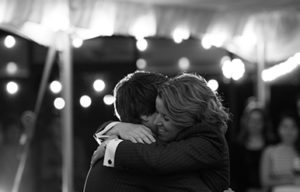 I got married in March and had the most amazing wedding and reception. I wrote my Dr. Seuss and Mother Goose inspired vows which had everyone laughing. It was still so hard to believe that all of those people were there just to share our special day with us. It is truly a day that I will never forget and will always cherish.

A new entertainment venue called Smart Financial Center opened in Sugar Land this year. It's only about 8 minutes from the house. We went to some amazing concerts from Jerry Seinfeld, Cyndi Lauper, Rod Stewart, Idina Menzel, Mandisa and Danny Gokey, Hank Williams, Jr., Little Big Town, Rick Springfield, Richard Marx, Don Henley as well as Dancing with the Stars and a few others that I can't remember. 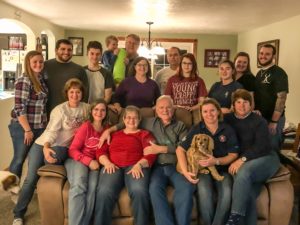 Spent time in Pennsylvania with my family as we celebrated my nephew's high school graduation in June and Thanksgiving in, well, November, of course. This is always a special time as we are great at making fun of each other. There are always lots of laughs as the next generation does some of the same stupid things that we used to do.

Riley, the world's best puppy (who is sitting on my lap in the picture), made her first and then, her second trip in the cabin of an airplane. She didn't want to be under the seat in front of us but she tolerated it and received a lot of Pupperonis and other snacks. 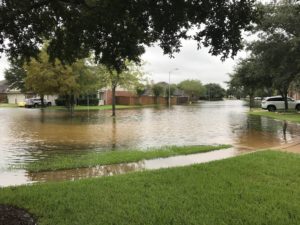 We survived Hurricane Harvey which dumped 52 inches of rain on us. Seriously, FIFTY-TWO INCHES of RAIN!! We're not talking snow here. It was an incredible amount of water. Our street never floods. However, in order to protect the levees that protect our neighborhood, they flooded the streets for a few days.

I really thought we were going to need an Ark but we were spared due to amazing levee engineers.

One great thing... we got to spend time with our neighbors who are from all walks of life. I'm so grateful to live in a neighborhood that appreciates diversity and doesn't judge.

Thanks to an amazing run by the Houston Astros, we attended the World Series here in Houston. I enthusiastically jumped on the bandwagon since my Pittsburgh Pirates continue to be the best minor league baseball team in the major league. 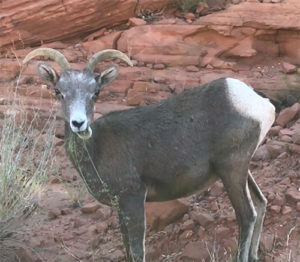 I am normally bored by the 6th inning of an MLB game but the Astros really made it exciting. Definitely the best World Series I've ever seen.

In October we took a trip to Nevada and Utah. We spent time hiking at Zion National Park where we "hiked the narrows". We also hiked The Valley of Fire State Park in Nevada where I met my first mountain goat. (She was chewing on some of the vegetation.)

We also saw Celine Dion for the 3rd time. If you know me, I don't really like to spend money on concerts - it seems like a waste when I can just download the songs. However, Celine is amazing and well worth the price of admission. Her concerts seem intimate because of the experience she delivers. A-MA-ZING!

We went to Disney World in December to see the Candlelight Processional and one of the last La Nouba Cirque de Soliel shows at Disney Springs (formerly known as Downtown Disney). This is a terrific way to kick off the holiday season. As an extra bonus, Mother Nature cooperated with us and it was in the 60's the entire time we were there. 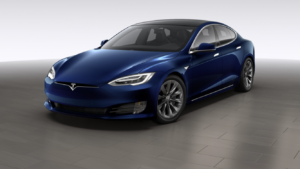 We also splurged on a car and bought a beautiful Tesla. What an amazing piece of machinery! I hope I can figure out all of the technology in it. It's so weird not having any buttons or knobs. Everything is controlled with levers on the steering wheel or from the giant iPad-looking thing in the middle of the console. 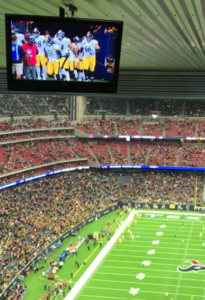 As we rounded out 2107, we spent Christmas day at NRG Stadium watching my Steelers beat the Texans. It was so amazing as there were more Steelers fans in the stadium than Texans fans. Terrible towels were EVERYWHERE!

I'm "donating my birthday" and asking for your help. I will turn 52 years old/young on January 20 and am trying to raise $10,000 for charity: water. I saw a video about charity: water and was so moved that I had to do something.

If everyone on my free newsletter list will just donate $5.20 (10 cents for each year I've been alive), I would triple my goal.

Can you believe that we have all that we have... cars, houses, food, clothing, etc. and there are people in this world who don't have clean water?

Please take 20 minutes to watch this video and consider helping me to raise money for this amazing charity. There are so many people that you will never know who will be forever grateful for your gift. You will truly be changing someone's life for the better.